I am Petros Andrianou, a Nicosia born and based chef. I received my formal training at Le Cordon Bleu in Paris, and honed my craft at a number of Michelin-starred establishments, including El Bulli, Michel Bras and Pierre Gagnaire. During a year-long sojourn in Japan, I closely observed the kitchen operations of several high-end Japanese restaurants working in the omakase and kaiseki cuisine traditions. The staunch work ethic of Japanese kitchens, the minimalist culinary aesthetic and the architectural approach to dish construction were simply awe-inspiring. They form the base of both my professional ethos and aesthetic commitments.

3 Forks Lab was established in 2010, with a mission to push Cypriot gastronomy forward. It combines an avant-grade sensibility with respect for local cuisine. The work bears the mark of my own experiences in the trade, with a nod or two to some of the masters under whom I apprenticed. However, the emphasis is on inventiveness rather than unquestioning reverence. I am, after all, in pursuit of originality and the expansion of local gastronomic horizons. 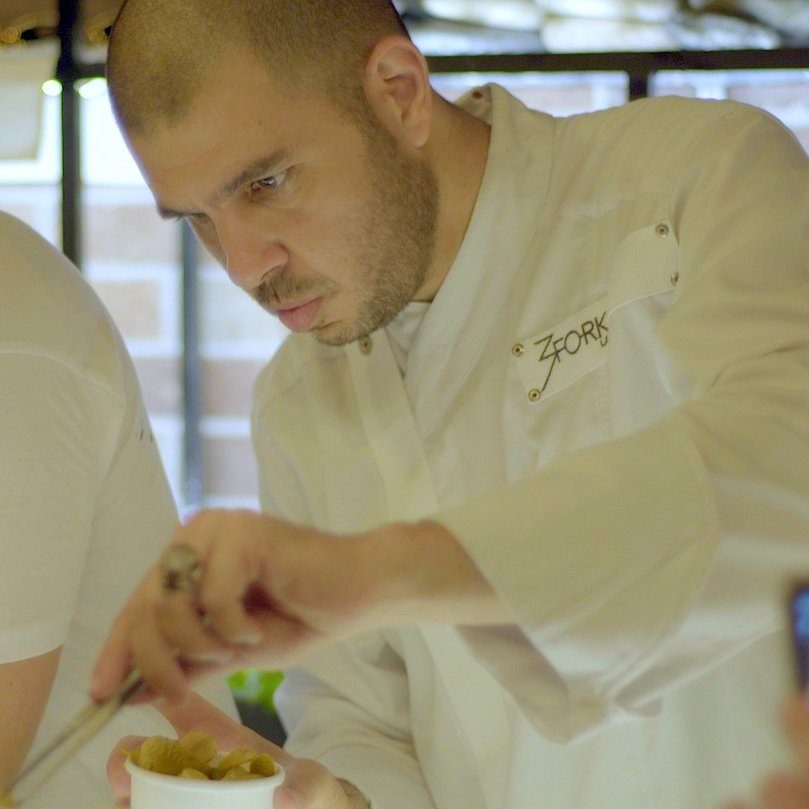